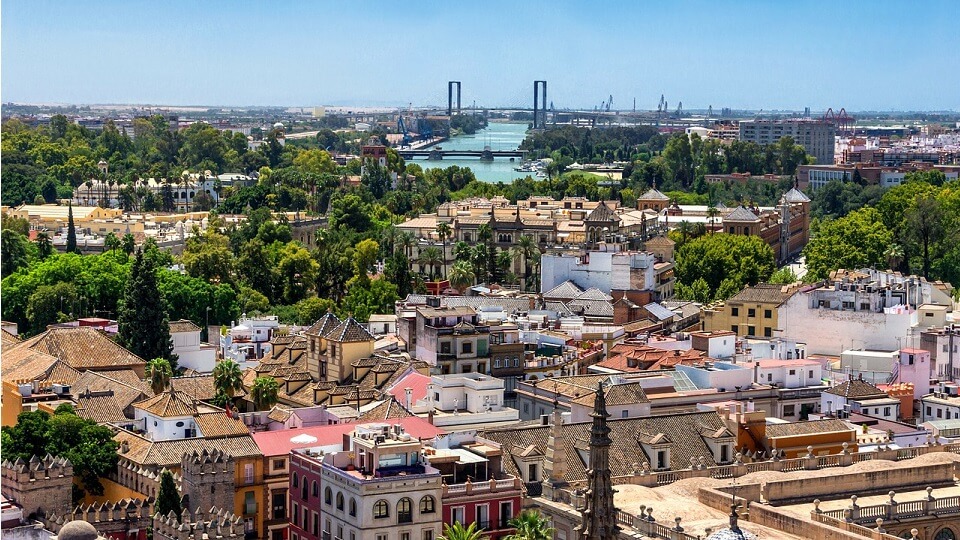 Spain – A Look at its History, Climate, People and More

LEAP Global Educational Consultants is the #1 student consultancy for studies in Spain and provides end-to-end services and counselling for students and parents. LEAP offers guidance to students from the moment they decide to study abroad to local relocation support in Spain to finding a job after graduation, arranging all necessary legal permits along the journey.

The kingdom of Spain, as the country we commonly refer to simply as Spain is officially called, covers almost the entire surface of the Iberian peninsula in the southwest of Europe. Spain is a sovereign state and as of 1986 is a member of the European Union.

Human settlers arrived in Spain’s territory 35 thousand years ago. Hispania, as Spain was initially named, was inhabited mostly by Iberian, Basques and Celts. Archeologists have been successful in finding cave paintings in Altamira that prove early human settlements.

As the Roman Empire grew in the territory, Spain fell under its reign in 200 before Christ. Although it took great efforts of the Romans to conquer this territory, once they obtain it, they ruled for more than six centuries. During this time they adapted the local inhabitants to their ways. Apart from the Latin language, the law was implemented as well as Roman roads. Romans didn’t just want to educate local inhabitants, they wanted to exploit their maritime capabilities. Products such as gold, wine, wool and olive oil were exported from Spain’s harbors. Their agriculture grew as the Romans installed their irrigation mechanisms, which can still be seen today. Christianity, as one of the pillars in the Roman Empire, was introduced to the Spaniards in the 1st century AD. Spanish law, religion and language, as it is known today, bears its roots from this particular era. In 409 the Roman Empire started to weaken. That same year Germanicu Suebi, Vandals and Sarmatian Alans took upon themselves to occupy Spain. Social and economic situation changed and became more simplified. However, many institutions brought by the Romans still remained, including Christianity.

By the 8th century Spain was majorly conquered by Moorish Muslims. This was an Islamic army from North Africa. They subordinated Christians, according to their Islamic law. Christians were required to pay tax and had inferior legal and social rights to the rest of the population of the time. Slowly but surely, the conversion to Islam took hold until the 10th century, Under their reign, the city of Córdoba thrived as the wealthiest and most elegant city in this part of Europe. Cultures merged, with Muslims bringing their traditions from their homeland in the East and the North of Africa.

This region enjoyed a flourish of Muslim, Christian and Jewish teachings. With that came the revival and widening of the traditional Greek learning that the Muslims and the Jews were looking to extend to the rest of Western Europe.

The Reconquista period brought back Christianity to the Iberian peninsula. Covadonga was the city where the initial battle was fought in 722. This period overlapped with the Muslim rule and battles was fought for centuries until all Muslim invaders settled outside the peninsula. Palencia and Salamanca became the first cities to establish universities in 1200. However, the 14th century brought Spain the plague, devastating the peninsula. 1469 saw Isabella I of Castille marry Ferdinand II of Aragon. This marriage united the two kingdoms of the peninsula, Kingdom of Castille and the Kingdom of Aragon. 1492 was the birth of the Spanish Inquisition, which ordered the Spain’s Jews to turn to Christianity or be banished from Spain’s territory. Isabella and Ferdinand’ royal power was centralized. They then began calling their land España. At this time, Spain’s political and religious reforms established the land as the world’s first power.

During the 16th and 17th century, Spain reigned Europe through its wealth and colonial territories. These included American territories, parts of Italy, towns in Northern Africa, and some territories of today’s the Netherlands, France, Belgium, Germany and Luxembourg. The unification of Spain brought with it a period of exploration, which Spaniards took to by land and sea. This opened them up to new trading routes and familiarizing themselves with emerging precious metals, new agricultural plants and spices among others. The Spanish explorers came back with the knowledge about the New World consequently transforming what Europe imagined the world to be.

During the 17th century, Spain was drained of its resources due to religious-political conflicts, with France is gaining ground and overruling Spain’s leadership. The 18th century, however, saw the rise of Spanish rebellion against the French model of rule. The Napoleon wars were fought leaving Spain ruined and devastated. As Spain was politically unstable, Spain’s American colonies declared independence, ending Spanish control of their American colonies.

Even though the period around the turn of the century saw Spain as increasing in prosperity, the 20th century was marked by the Spanish civil war. It broke out in 1936 leaving 500 thousand people dead, and over a half-million fleeing the country. General Francisco Franco supported by Fascist Italy and Nazi Germany and won the war. He then established himself as the dictator. Under Francisco Franco, Spain reached great economic growth, which became known as the Spanish miracle.

After Francisco Franco’s death in 1975, Juan Carlos took the position of King of Spain and head of state. From then on, apart from his remaining King, Spain named a head of government in the form of a prime minister and the cabinet consisting of a council of ministers.

The Climate & Population in Spain

Through the ages the governments may have changed, but the state’s climate remained the same. There are three types of climate zones prevailing on the Iberian peninsula. The Mediterranean climate is characterized by warm and dry summers. It is the predominant climate in Spain. Although mild in nature, the Mediterranean climate in the central and northern-central Spain tends to be more extreme, hot in summer and cold in winter. In the southeastern section of the country dry season extends beyond the summer because of the semiarid climate. In the north of the country, winter and summer seasons are influenced by the oceanic climate relieving the region of seasonal drought. Parts of Spain such as the Pyrenees, Sierra Nevada and Canary Islands are subject to the alpine and subtropical climate.

As far as the population was concerned, in 2008, the numbers reached 46 million. With a population density of 91/km2, Spain’s population is lower than most western European countries. Native Spaniards make for 80% of Spain’s total population. Many international students can also be found in Spain. Around 10% of those students are from European countries, and the numbers of students from other countries, including the U.S., continue to multiply in rapid numbers year after year.

As a student in Spain you can certainly enlighten your world to so much more of Spain’s exciting history. There is plenty there for you to learn –all of which is certainty to find interest within your heart. Spain is a beautiful country with beautiful people and a beautiful and interesting history. Make yourself a part of that.

Join 22,141 other students interested in studying in Spain and get regular emails sent to your inbox with helpful articles about studying in Spain, latest news and many scholarship opportunities...

Your information is 100% safe and will not be shared with anyone else. You can unsubscribe with one click at any time.

Any questions about studying in Spain?

LEAP Global Educational Consultants are the #1 student agency for higher education in Spain and will support you with everything you need to know from A-Z.